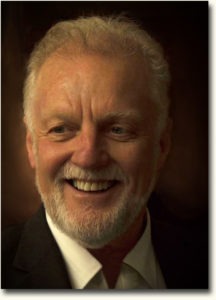 So, why are we called Emmaus Road Ministries? We are very aware that the name of our work is not unique – folk ask us, are we affiliated with similarly named overseas organisations? So, no, we’re not, officially. We may be unofficially though, in that we all love something in the name. For us, it summarises our core values.

The little village of Emmaus was about seven miles north-west of Jerusalem, about a two hour walk, and is only mentioned once in the Scriptures. 1 As far as we are aware, no one famous was born there – of the two residents described by Luke, one called Cleopas is also not mentioned again while the other is not even named. The village had no strategic importance. Its name means “warm springs” but its natural resources did not make the village significant so much as an extraordinary incident in about 30 A.D. on the road to there from Jerusalem.

It was the third day after Jesus of Nazareth had been crucified at Jerusalem and His followers were in complete disarray. Their hoped-for Messiah was dead but there were far-fetched rumours of resurrection and angels so Cleopas and his friend were heading home in despair and confusion.

Somewhere on the way home, they met a stranger who began to talk them through what had happened. This debriefing turned into one of the world’s most extraordinary Bible studies as the stranger began to answer the prayer of Psalm 119:18 – “Open my eyes, that I may behold wonderful things from Thy law”. Luke says that, “beginning with Moses and with all the prophets”, he explained to them why everything had happened as it had, to fulfill a multitude of prophecies made over the previous one and a half thousand years, until their hearts “were burning within them”.

When they reached Emmaus, it was late in the day so they invited the stranger to stay with them. He agreed but as they were eating, “their eyes were opened” again but this time they recognised it was Jesus Himself who had been teaching them and then He vanished.

So a few of our core values are:

1. God has no favourites – we can all learn what He revealed to these two virtual ‘unknowns’2 and about most other issues we need to face in our lives today.

2. As 21st Century Gentiles, we have some catching up to do, to learn what He revealed to these two and later to the well-known twelve apostles. 3

3. God is humble, reasonable and loves dialogue4 – we should be like Him.

4. We need Jesus Himself to open our eyes – more than education, we need revelation.5

He will often do this as we walk home i.e. in the ordinariness of our daily lives. Many of the teachings on this web-site were revealed as much during times of hanging out washing, sitting on the bus, cooking a meal or mowing lawns as in times of prayer and worship.

We are a faith-based interdenominational ministry, open to be corrected by anyone in the church of God and specifically accountable to the elders of our home church and four trustees. We are supported by individual believers as they choose to give. All donations go back into teaching, writing and the website.

As you read the articles and teachings on our website we welcome any questions you may have.

May God bless you as you learn more of who Jesus is and grow nearer to Him.