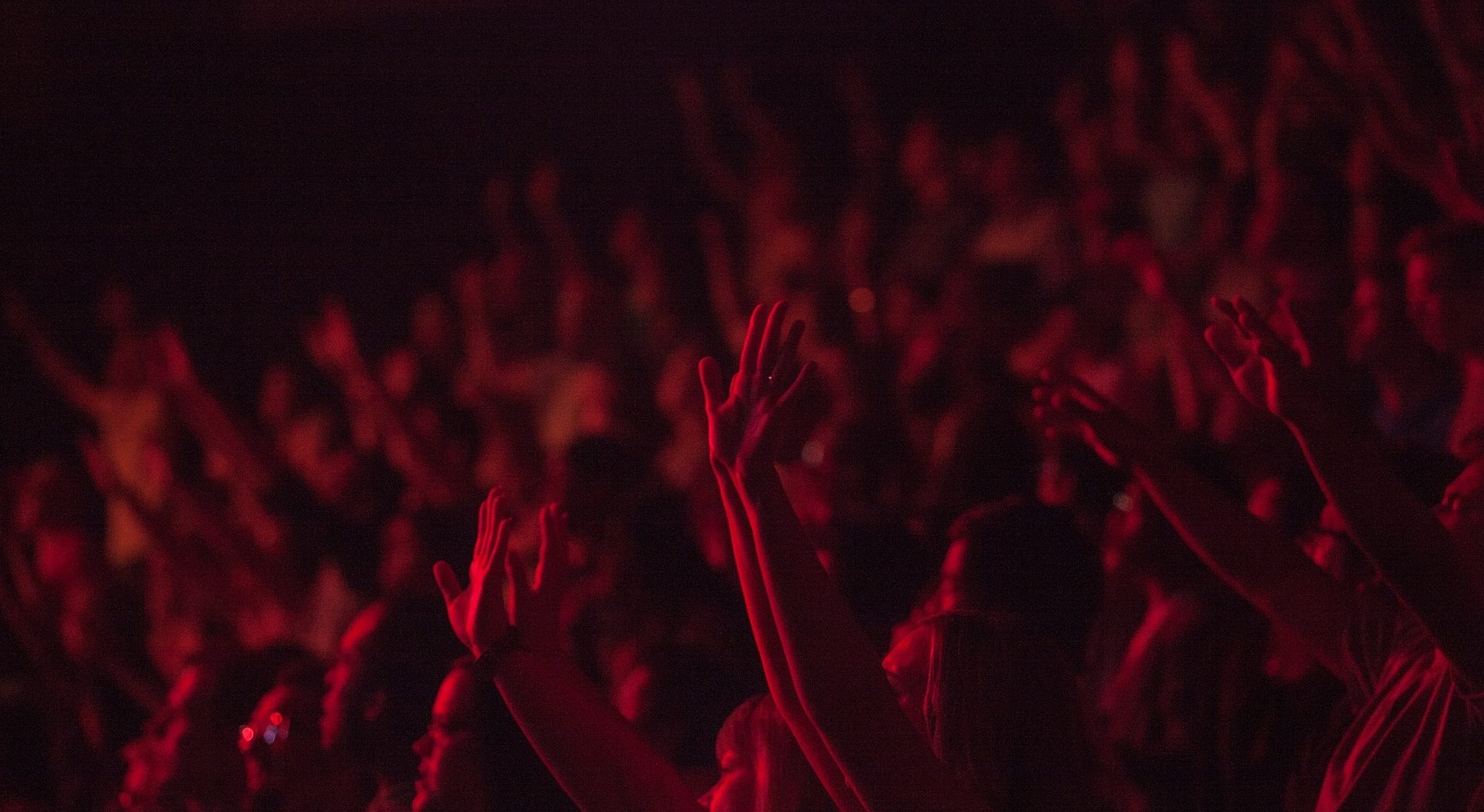 Consider your true calling, brothers and sisters in Christ:

You are A CHOSEN RACE, A royal PRIESTHOOD, A HOLY NATION, A PEOPLE FOR GOD’S OWN POSSESSION 1

When Peter first wrote these words to the Early Church, the Jews amongst them must have had a delicious sense of familiarity and relief.  Here was the great apostle reaffirming God’s original intention for the nation of Israel as he quoted Moses and adapted the words to them all, both Jews and Gentiles. These Jews would have known that God had not revoked His gifts and His calling of Israel 2 but rather had restored and even added more to it all.  However, the Gentiles would have needed an explanation and many of us still do.

Almost one and a half thousand years earlier, Moses had led the Israelites through the wilderness of Sinai to the mountain where God had spoken to them all:

You yourselves have seen what I did to the Egyptians, and how I bore you on eagles’ wings, and brought you to Myself. Now then, if you will indeed obey My voice and keep My covenant, then you  shall be My own possession among all the peoples, for all the earth is Mine; and you shall be to Me a kingdom of priests and a holy nation. 3

This was God’s original intention for Israel – that the whole nation of Israel would be “a kingdom of priests”, to first be themselves made righteous and holy, and then to be intermediaries between God who is holy and “all the peoples” of “all the earth” who were all His but still sinful.  All of Israel were to be priests.

Why then did only the Levites, one of twelve tribes, receive it exclusively?  Because only they kept the conditions of this calling, “if you will indeed obey My voice and keep My covenant”, at the time of the golden calf. 4  The other eleven tribes disqualified themselves. But the Levitical priesthood was Plan B – Plan A was for the whole nation to be holy and a kingdom of priests (see footnote below re the high priesthood of Aaron. 6 who alone could enter the Holy of Holies 7).

Now, here is Peter proclaiming the second chance for all and his Jewish hearers would have understood and marvelled.

The Order of Melchizedek
They also would have noticed what we might have missed just now in the words above, perhaps because of our translators’ convention of capitalising Old Testament quotations.  “A royal PRIESTHOOD” de-emphasises Peter’s stunning additional revelation that the restoration of the priesthood also includes a promotion – we are “a ROYAL priesthood”.  There is only one royal priesthood in the Scriptures and it is the priesthood promised to Messiah through King David around 1000 B.C. and confirmed 500 years later through one of the restoration prophets, Zechariah.8 David prophesied:

The LORD has sworn and will not change His mind, “You are a priest forever according to the order of Melchizedek”.9

This is a truly remarkable prophecy, interrupting the daily calling of the Law and its Levitical priesthood. It is also mysterious because Melchizedek is one of the most enigmatic figures of the Old Testament.  Clearly he was a very great man, being honoured in about 2000 B.C. by Abraham who accepted him as ‘a priest of God Most High’, as did Moses in about 1300 B.C. when he recorded Genesis 14:18-20, and also the writer of the Letter to the Hebrews in 1st Century A.D., writing Hebrews 7:1-10.  He was ‘king of Salem’, or Jerusalem,10 which translates to ‘king of peace’ and his name, Melchizedek, translates as ‘king of righteousness’.11

These are the only two mentions of Melchizedek in the Old Testament 12 but he is referred to another eight times in the New Testament, all in Hebrews, chapters 5-7. Unfortunately, this passage uses what is today unfamiliar Hebrew phraseology, causing a lot of unnecessary Christian speculation about his identity.

Without father, without mother, without genealogy, having neither beginning of days nor end of life, but made like the Son of God, he abides a priest perpetually. Now observe how great this man was to whom Abraham, the patriarch, gave a tenth of the choicest spoils…

From this, some have thought he was neither born nor died so must be the Angel of the Lord, a theophany (a visible manifestation of God to man) or Jesus Himself in a pre-existent form.  Others identify Melchizedek as “the patriarch Shem, an angel, a power or virtue or influence of God, the Holy Ghost.” 13

All of this is simply unnecessary.  By the time of Joshua, in about 1400 B.C., one of Melchizedek’s successors as the king of Jerusalem was Adoni-zedek.14  Sadly, this man, whose name means ‘Lord of righteousness’, didn’t live up to either his name or his predecessor and died after fighting against Abraham’s descendants.15  In doing so, he broke the covenant that Abraham had made with his Amorite people in the time of Melchizedek.16

The phrase ‘without father, without mother, without genealogy’ is not saying Melchizedek was not a human being.  It is saying his priesthood was not based on inheritance.  Hebrews 7 goes on to describe him as ‘this man’ 17 ‘whose genealogy is not traced from them’, 18 so he was just a man who did have a genealogy but it is without any significance.  This contrasts his priesthood with the Levitical priesthood, which specified a direct lineage from Abraham and Levi, “a law of physical requirement“ 19 which Melchizedek did not have to fulfill.

‘Having neither beginning of days nor end of life, but made like the Son of God, he abides a priest perpetually’ does not mean Jesus was preceded by him in heaven, nor that He has to compete with him as High Priest in heaven now.  Hebrews 7 is pointing out, again in contrast to Levi, that Melchizedek needed no predecessor or successor in his role.  He was not Messiah, who arose ‘according to the likeness of Melchizedek’ 20– he was a godly man who was a type of Messiah, a prefigure or foreshadowing of the One who likewise would not be descended from Levi but from Judah (v. 14) and who has no predecessor or successor. 21

So who exactly was Melchizedek?
A man, born of both father and mother around 2000 BC, a Canaanite king, in particular an Amorite, king of Salem or Jerusalem, and a priest. Genesis 14:19 records him as blessing Abraham in the name of  “El Elyon (God Most High), Possessor (or Creator) of heaven and earth” which was “a concept foreign to the polytheistic religions of the ancient Near East which did not distinguish spirit from matter and therefore worshipped elements of the cosmos”.22 Abraham accepted him as the priest-king of Jerusalem by paying tribute with a tithe, as portrayed by Peter-Paul Rubens in above painting. He then accepted Melchizedek’s blessing in stark contrast to Abraham’s simultaneous refusal of a gift from the king of Sodom.23 Lastly, Melchizedek died and was succeeded for generations until about 1400 B.C. when one of his heirs, Adoni-zedek, lost the plot completely and fought against his own God, YHWH El Elyon, and the Israelites.

Some four hundred years later, David prophesied that Messiah would be like Melchizedek, sanctified Melchizedek’s city Jerusalem as Israel’s capital,24 and set himself up as another type of Messiah as priest-king when he ate the Bread of the Presence.25 Melchizedek’s city therefore became “the city of our God”,26 a foreshadowing of the “new Jerusalem”, the manifest presence of God for all the nations of the earth.27 So, beyond all doubt, Melchizedek foreshadows Messiah.28

Comparison with Levi’s Priesthood
There was always a problem with the Levitical priests in that, being mortal, they needed to be replaced but King David prophesied that his greatest Son, Messiah, would be ‘a priest forever according to the order of Melchizedek’ (N.B. he did not say Melchizedek would live forever but that Messiah would take up Melchizedek’s priesthood and live forever).  The writer to the Hebrews tells us:

They [the Levites] were prevented by death from continuing, but He, on the other hand, because He lives forever, holds His priesthood permanently.29

Only a priest who lives forever can be in this new order of priesthood.  The writer of Hebrews also points out this priesthood was established in King David’s psalm by God’s own oath whereas the Levitical one wasn’t:

For the Law appoints men as high priests who are weak, but the word of an oath, which came after the Law, appoints a Son, made perfect forever.30

So Jesus is our great High Priest,31 and will be ‘forever according to the order of Melchizedek’.32

Where do we fit into all this?
All who are ‘in Messiah’, whether descendant of Aaron or not, Jewish or from any race of Gentile, male or female, young or old, are all in His royal priesthood.  In heaven they sing to Messiah:

“You are worthy! … For you have purchased for God with Your blood people from every tribe and tongue and people and nation. And You made them to be a kingdom and priests to our God; and they will reign upon the earth”.33

We now have been made worthy ‘in Him’34 and we have eternal life ‘in Him’.35  The only question left for us to resolve is not “can we be priests?” but “are we being effective or ineffective as royal priests?”

The following studies aim to equip us all, ‘all who desire to live godly in Christ Jesus’,36 to fulfill this particular facet of our extraordinary calling.  We will be scraping off the barnacles from the hull of the New Testament church as we examine firstly how we are to reign and next, how we are to be priests.